Past Executive Directors and Administrators

Dr. John R. Clarke became a Fellow of the Philadelphia Academy of Surgery in its centennial year, 1979. He began 20 years of service to the Academy in 1995 as Secretary, then Vice President, President, and ad hoc advisor to the President and Council before becoming the first Executive Director of the Academy in 2008, serving the Academy in that role until transferring the position to his successor, Dr. Pezzi, in 2015. In addition to serving the Academy as President (2000-2001) and Executive Director, Dr. Clarke was the Jonathan E. Rhoads Annual Orator in 2007 and was awarded the Academy’s Samuel D. Gross Prize for research in surgery by an American citizen in 1983. In honor of his service, the Academy established the annual John R. Clarke Lectureship, first presented in 2017.

Dr. Clarke’s research focused on the application of decision sciences to surgical judgment and was later published as a monograph, Surgical Judgment Using Decision Sciences (1984). It was the initial phase of his life-long research into the use of decision sciences, computer-based decision support systems, virtual simulations, communication science, outcomes research, and safety science to produce optimal surgical decisions and the effective delivery of optimal surgical care, resulting in over 150 publications.

In addition to being a Professor of Surgery at Drexel University and its predecessor, the Medical College of Pennsylvania (MCP), Dr. Clarke was an acute care surgeon at MCP, where he was the founder and first Director of their Level 1 trauma center. He was also an Adjunct Professor of Computer and Information Science at the University of Pennsylvania. He was subsequently the first Clinical Director of the Pennsylvania Patient Safety Authority, which was awarded the Eisenberg Patient Safety Award by the Joint Commission in 2006.

In addition to serving the Academy, Dr. Clarke has been the President of the U.S. Chapter of the International Society of Surgery, a Governor of the American College of Surgeons, a Fellow of the American College of Medical Informatics, and a member of the Board of Trustees of the College of Physicians of Philadelphia. He was a member of the Patient Safety Data Standards Committee of the Institute of Medicine (now the National Academy of Medicine), which made the recommendations for the national Patient and Quality Improvement Act of 2005. He has been a founding member of the Society for Medical Decision Making, the Surgical Outcomes Club, the American Medical Informatics Association, and the International Society for Communication Science and Medicine among others.

Dr. Christopher M. Pezzi became a fellow of the Philadelphia Academy of Surgery in 1995 and then served on Council from 2006, as Secretary, President, Historian, and Executive Director (2015-2016). Dr. Pezzi had been instrumental in developing the Academy’s website and is responsible for developing the web archives of the history of the Academy.

Christopher M. Pezzi, MD, FACS graduated from a 5-year combined Premedical-Medical Program at The Pennsylvania State University and Jefferson Medical College of Thomas Jefferson University (1982). He was a resident in Surgery at the Geisinger Medical Center in Danville, Pennsylvania (1982-87), and then completed a fellowship in Surgical Oncology at the University of Texas, M.D. Anderson Cancer Center in Houston, Texas (1987-89).

Dr. Pezzi joined the faculty of Abington Hospital–Jefferson Health in 1989 in the practice of Surgical Oncology. At Abington, Dr. Pezzi served as Senior Surgeon, Director of Surgical Oncology, Medical Director for the Oncology Service Line, and Associate Program Director for the residency program in General Surgery. He is also a Professor of Surgery at the Sidney Kimmel Medical College of Thomas Jefferson University. 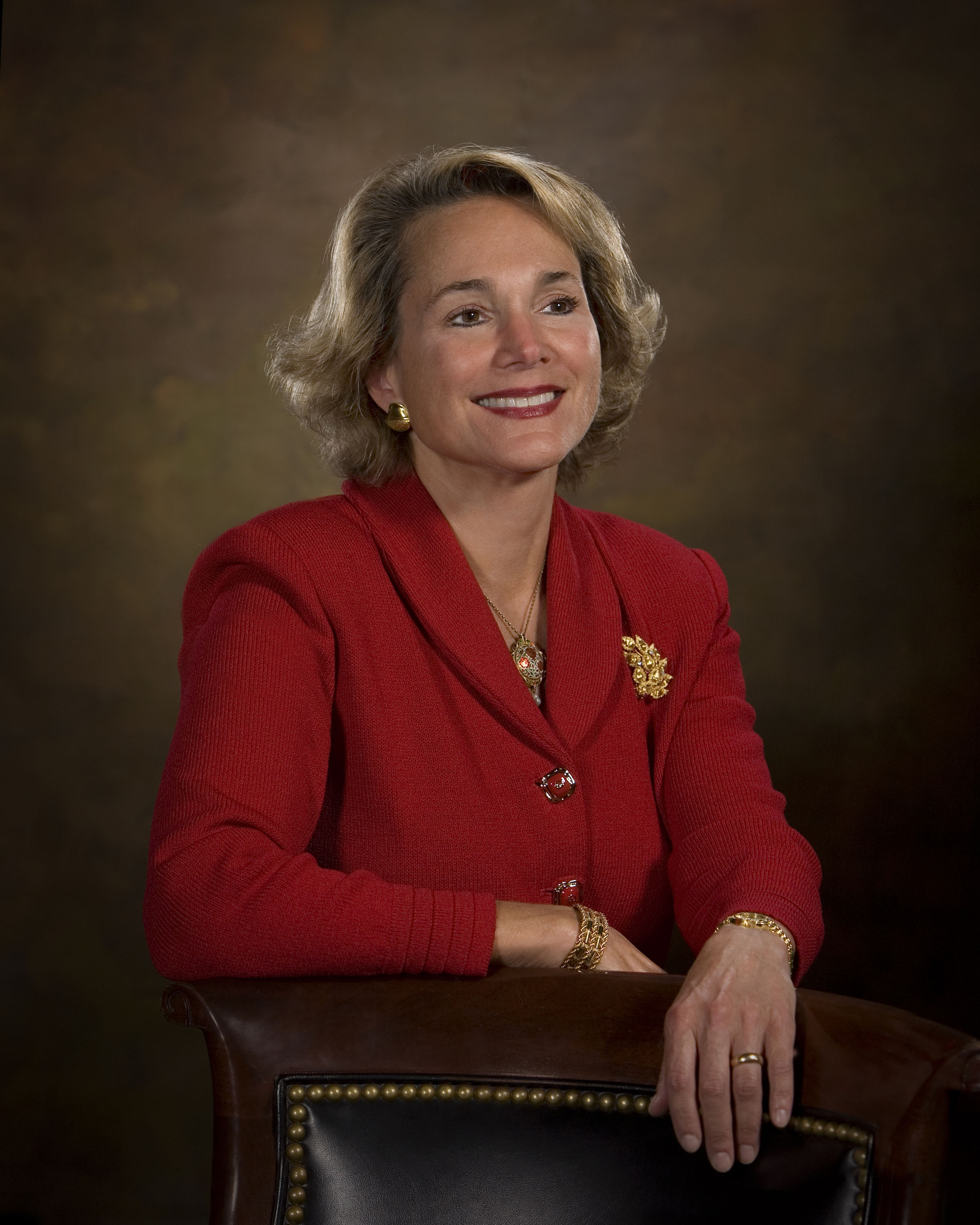 Dr. Dahlia M. Sataloff has been an active fellow of the Philadelphia Academy of Surgery since induction and then served on Council from 2011, as Secretary, Treasurer, Vice President, President and currently Executive Director (2016- ). Dr. Sataloff has been instrumental in upholding the Academy's traditions.

Dr. Dahlia M. Sataloff, Chairman of the Department of Surgery at Pennsylvania Hospital, is Professor of Clinical Surgery at the Perelman School of Medicine of the University of Pennsylvania. Dr. Sataloff is an honors graduate of the University of Michigan Medical School and completed her residency in surgery at Pennsylvania Hospital. Board-certified in General Surgery and a Fellow of the American College of Surgeons, she is a member of many professional societies including the American Society of Clinical Oncology, Society of Surgical Oncology, American Society of Breast Surgeons, among others. She is past president of the Philadelphia Academy of Surgery, and currently serves as the Executive Director. Recognized as an exceptional clinician, she was elected to the University of Pennsylvania’s Academy of Master Clinicians.

Dr. Sataloff’s practice is devoted exclusively to breast surgery and management of benign and malignant breast diseases. She is immediate past Director of the Integrated Breast Center at Pennsylvania Hospital. She has lectured extensively on breast cancer detection, treatment and management and is the author of over thirty scientific papers and three books. Dr. Sataloff is the recipient of many awards and has been recognized as one of Philadelphia Magazine’s “Top Docs” for the treatment of breast disease and Castle Connolly’s America’s Top Doctors for Cancer. 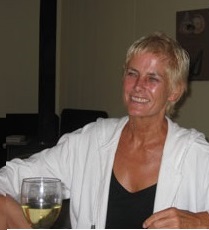 In 2002 Philomena Murray became the first Executive Administrator for the Philadelphia Academy of Surgery. Philomena was born and raised in Duleek, County Meath, Ireland, She lived in Dublin, London and Spain before coming to the United States at age 27. Philomena worked for the Medical College of Pennsylvania as the administrative assistant to the President. She later became the Director of Special Events for the Allegheny Health System and Executive Administrator for the Medical Club of Philadelphia. Philomena was part of the traditional Irish music scene in Philadelphia. She was known for her skills as a gourmet cook and her warm hospitality. She was a voracious reader of books that described the culture and human condition of countries throughout the world that gave her a broad view of life, and she shared those informed perspectives with gusto. She always appreciated the diversity and the sense of freedom the United States offered. Philomena provided outstanding service to the Academy until entering hospice care for unresectable pancreatic cancer in January of 2009 after organizing the February meeting of the Academy. Fellows of the Academy remember her as a wonderful woman of exceptional good will and kindness who was clearly devoted to the Academy and its mission. 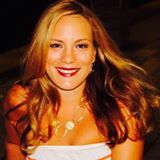 Melanie’s professionalism and dedication were matched by her warm, friendly demeanor. One could hear her smile when she answered the phone to respond to a Fellow’s request. Melanie not only devoted much of her personal time to the Academy, but also made personal donations to support the Academy’s mission.

During her decade-long tenure, Melanie also found time to run half marathons, care for her family and dogs, and earn an MBA. The Academy was pleased to be able to honor her for her years of much-appreciated service and wish her well when she accepted a position as Project Manager at Jefferson Strategic Ventures for the Thomas Jefferson University Hospitals.